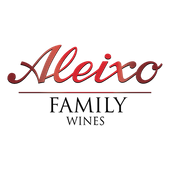 Stand: 4542
In 1951, the Aleixo Family began producing and selling wine in bulk. Sales performed well and demand was good, so bottling became part of the production process. This led to the creation of the family's brand in 1960: Aleixo. Business developed in the following decade. The second generation assumed control and by 1971 new facilities were built as part of an expansion plan. This action improved not only quantity but also quality and by 1975 production capacity had increase by 50% and several quality awards were granted. The third generation of the Aleixo family joins the business in 1996 and a new modern winery is built. The business model evolved during the following decade and its expansion boomed in 2011, after a strong investement in research and development which set exportation as a top priority. In 2015 the 40th international market is achieved. Complementing this expansion, the company started to exhibit the Aleixo Wines worldwide, in all major international wine and food fairs.