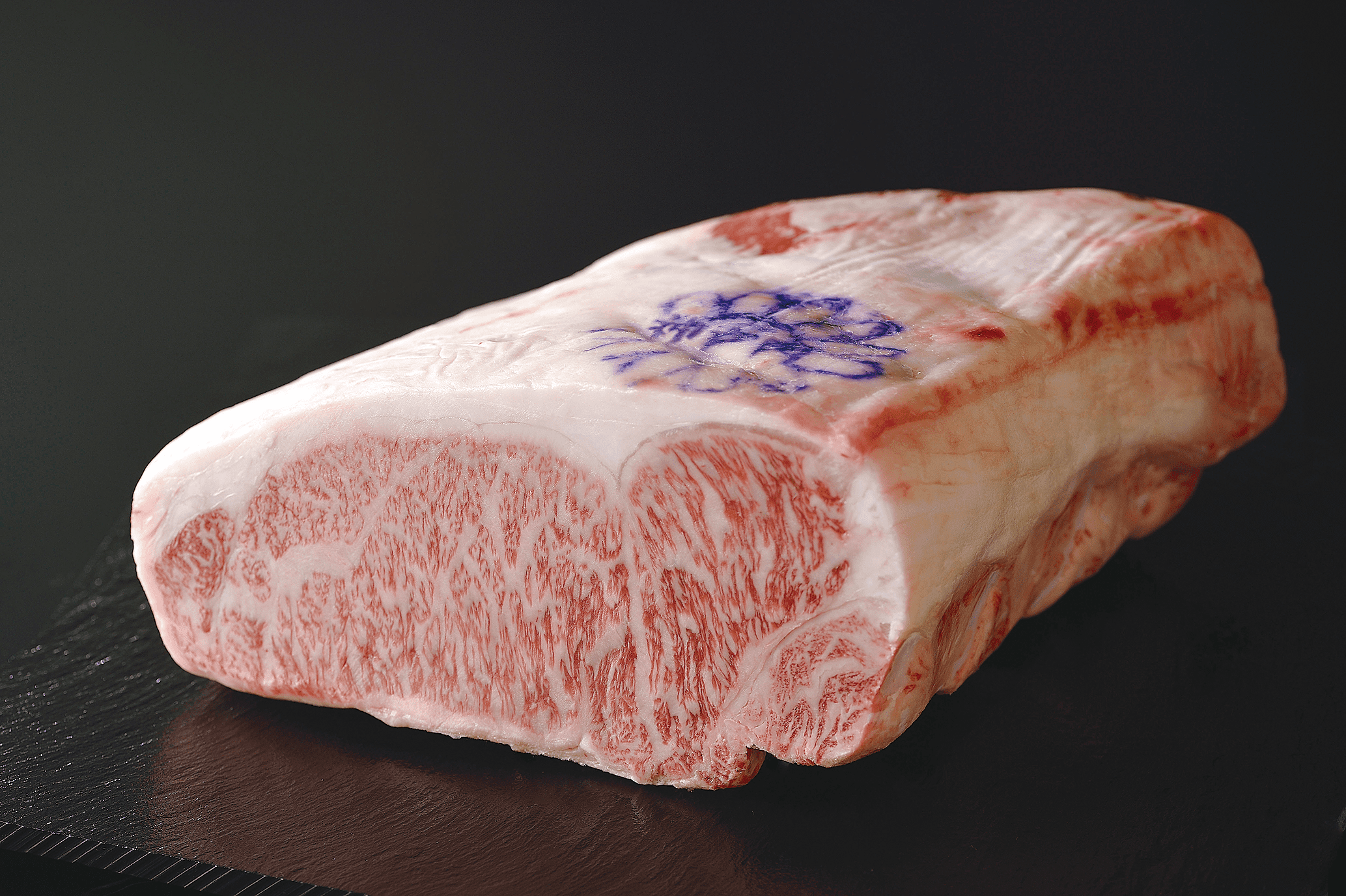 KOBE BEEF is the beef produced from high grade Tajima cattle raised in Hyogo Prefecture, over the age of at least 28 months, and takes an average of about 32 months to create ideal meat quality.
Tajima cattle from which "Kobe beef" is sourced has thin and elastic skin, soft downy hair and tight muscle as a result of repeated improvements. Also, aside from the good taste of the meat, there are many edible parts due to the thin bones and less subcutaneous fat, and it can be said that the cattle is blessed with the highest qualities for consumption.
The meat is fine and soft, fat finely ingrained in the muscle, and has the finest quality "marbled meat" with the fresh red color of the muscle and white color of the fat crisscrossing each other. When you eat it, it feels soft and pleasant on the tongue, and it melts in the mouth with its mellowness and unique flavor.
The Tajima cattle which is the source of the meat was raised as cattle for agriculture in the mountains of the Tajima region in the northern part of Hyogo Prefecture since about 1200 years ago, in a blessed natural environment with clear air, pure streams and plentiful mountain grass. In the Meiji Era (1868-1912), its pedigree became recognized for the superiority as cattle, and for a long time thereafter, it was bred as edible beef with good quality meat.
Looking back over the history, in the "Shoku Nihongi", the official history of the Nara Period that was completed in 797, it is written that "Tajima cattle are most suitable not only for agricultural purposes but also for ox carts." It had a small, tight body and was heavily used to move around in small rice paddy fields for farm work and load carrying. The peculiar quality of Tajima cattle is due to the soft grass growing in this region as night dew forms on the grass because of a large temperature difference between night and day and to mineral rich water.
As meat, Tajima cattle began to be eaten when the port of Kobe opened in 1886. It is said that foreigners who came to Japan at that time ate Tajima cattle and were captivated by its taste. Since then, "beef hotpot shops" opened in cities, "sukiyaki" came to the table at home, and KOBE BEEF became synonymous with feasting.