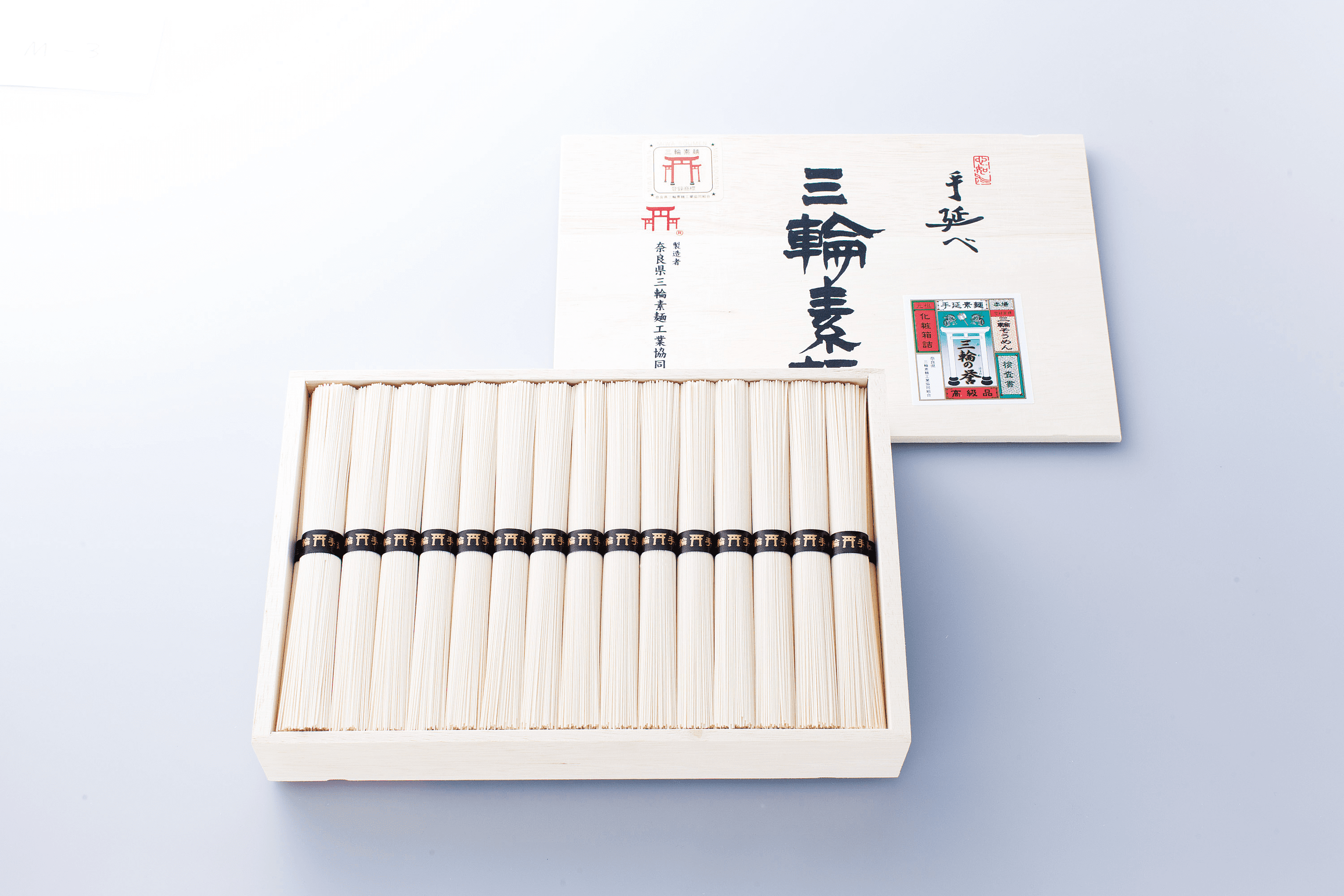 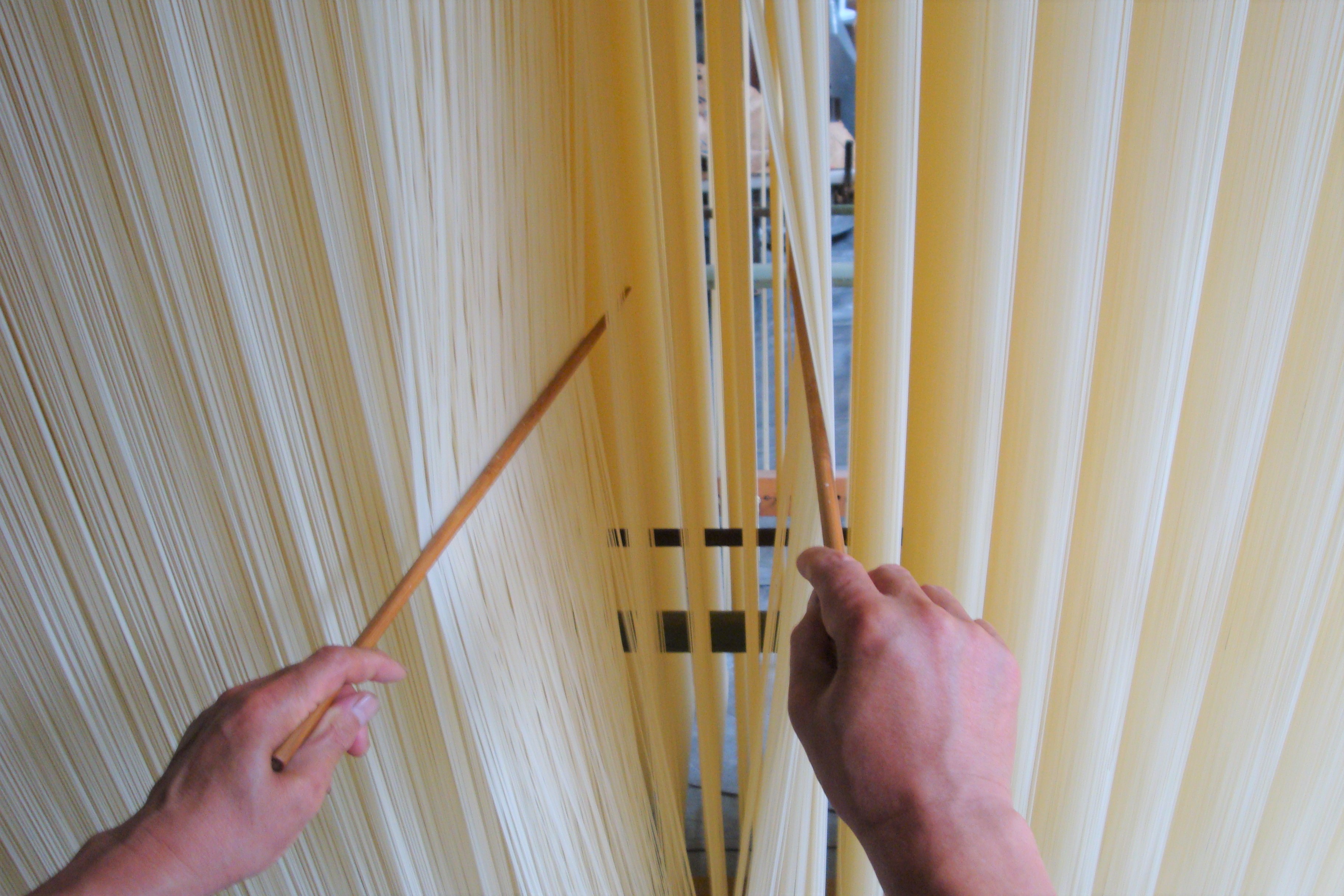 Somen noodles has been eaten in Japan since ancient times. As for its characteristic, the noodles are made by kneading and stretching wheat flour, and finely finishing them. In the summer season, they are often eaten cold to get a cool feeling.
Miwa Somen is produced in Miwa, the birthplace of hand-rolled somen, and is traditional noodles dating back to the Nara period. They have good elasticity, excellent stretch ability, and are very thin. Their texture is highly appreciated, and they are presented to the Imperial Household Agency every year.
The production of somen in Miwa reportedly started about 1300 years ago in Omiwa Shrine, the oldest shrine in Japan, for the relief of people suffering from famine and the plague.
The method of making Miwa Somen is a traditional one which makes very thin noodles with high elasticity. The fineness of the noodles is the highest grade, over 95 strands per 10g.
First, the noodle dough is made by kneading raw ingredients such as wheat flour, salt and water, and then it is made into strips by applying pressure and stretching. During this rolling process, gluten, a protein component of wheat flour, creates a streaky tissue, and the base of the noodle fiber is formed. The leavened noodle dough are twisted, and drawn out into thin noodle strings while applying edible vegetable oil. The leavened noodle strings are then twisted and drawn out again. Finally, they are dried until the moisture content reaches 13.5% or less, and the noodles are cut to desired lengths.
In old Japanese historical documents such as the Kojiki and Shosoin Monjo (around 750), it is written that somen were eaten. Also, in a document from 1754, the fame of Miwa is noted: "Yamato Miwa somen are slender like threads, white like snow. They don't swell up even when boiled, which cannot be equaled by somen from other regions". Nowadays, mechanization has progressed, the number of manual processes has decreased as compared to before, but the traditional hand-made drawing method is still followed without losing the traditional taste. In Miwa, every February 5, everyone connected with handmade noodles gathers, and as a traditional event, a ritual known as Bokujo Sai is held at Omiwa Shrine to forecast the market price of somen of the year, testifying to the fact that Miwa was somen's original birthplace.